Eilaboun is a Palestinian village located west of the Sea of Galilee and northeast of Nazareth. It is inhabited by Christians and Muslims with a population of nearly 5,000. I spent several days in Eilaboun. It is a lovely village. [The olives I wrote about for my New Year's post were from there.]  I regret very much that I did not take better advantage of the opportunity I had to get to know it and its’ story better. I continue to be haunted by its’ ghosts. 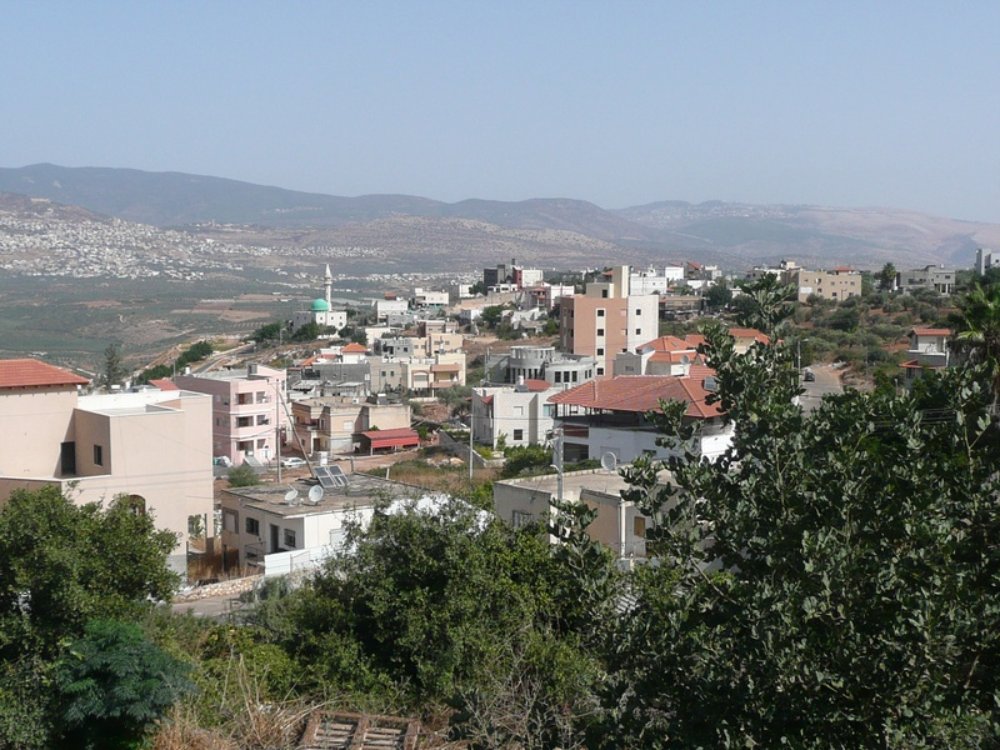 Records indicate that over time the village had several different incarnations. The earliest mention of the village is in records of the Roman Era where it was mentioned as “Eilabou”. By the time the State of Israel was formed the population was 680 Christians, Melkite and Orthodox.  Muslims from Hiteen Village sought refuge there in 1948 after the war and established a permanent community and currently make up about 35% of the population.

Eilaboun was occupied on October 30, 1948. In the early morning, hearing that the Israeli army was about to enter the village, the villagers gathered in the Catholic Church determined to stay and make their lives in the new State. The army entered the village and found the people inside the church holding white flags. The army took the people out of the church into the main square and three by three, killed 12 young men.  The remaining villagers were forced to march north about 150 km to Lebanon; as the villagers fled, two more were shot and many injured by the Israeli army.  Five men were forced to drive a military vehicle in front of the army in case the retreating Arab army had left land mines.

I walked holding my new born baby in one hand and a two year old baby in the other hand and followed by my two daughters. I was desperate and helpless for a minute I thought that I should leave the baby behind in order to save the other children, but my mother held the baby while she was dragging her injured mother at the same time, so she held the baby in her teeth by her diaper.

Those were hard days, we looked for food in the cow dung and drank dirty water which was put for pigs it drink in the village of Elberthiaa.

I saw many women leaving their newborn babies behind under the trees in order to save the other children in the family. The ones who survived reached the refugee camp Elmeyee Wemyee in Lebanon with no shelter or food they started a new life away from home. We stayed without a shelter for 70 days suffering and starving. So some families decided to give  their kids to Monasteries and orphanages. Finally we were allowed to return home and we did, but our properties were gone, clothing, food, cattle, nothing was left.  [Eilaboun.com]

Upon reaching the village of Faradieh , the Israeli army demanded 100 Lira for protection. In the morning 40 men were arrested and the remaining villagers were forced unto trucks and taken to the Lebanon border. They then made their way to the Lebanese village of Sidon. Through the efforts of the Eilaboun Melkite Catholic Priest, Marcous Mouallem, the Lebanese ambassador to the United Nations arranged for a UN delegation to visit Eilaboun and investigate the massacre. As a result, Israel was forced to allow the villagers to return – the only Palestinian village in the Galilee that saw its’ population return after deportation.

The story of Eilaboun is captured in the documentary film “Sons of Eilaboun” available at www.sonsofeilaboun.com

[I feel badly that I cannot offer more than only a list of names and basic information for those that died. They were brothers, sons, husbands and fathers, each with their own story.]

Age 25 – Married with one daughter

From Haifa - Married with two sons

Age 24 – Married with two daughters and one son

Age 24 – Married with one daughter

Age 24 from Nazareth – Married with one daughter