Every Picture Tells a Story

Previously I wrote about the photographs I took while in Palestine last Fall [Five Hundred Ninety Six]. Many of those photos are on the website, but when you view them, you don’t know the whole story – the stories I tell when I personally share those photos. Sure the tags tell you what it is and where it is but you don’t know what was happening or how I felt – what that photo means to me - it's context. So, I have decided that from time to time I will post some here with the “rest of the story”.

The photos I am sharing today are from after the olive harvest when I traveled back to Galilee for a few days. We are the night ocean filled with glints of light * We are the space between the fish and the moon * While we sit here together. ~ Rumi

The lights of a nearby village – I think Karmiel. The way the land lies, all of the surrounding villages were visible as puddles of lights. It was like fireworks to me. Each light is another life being lived. There was a warm breeze and it was so quiet - I could have sat there for hours. I have this photo next to my bed. When I am stressed I focus on it, and then I am back in that moment. Recently a friend in Jerusalem posted on Facebook that she was looking for something to do that evening. My suggestion was to get out of town and find a quiet hill where she could see the village lights and just BREATHE. 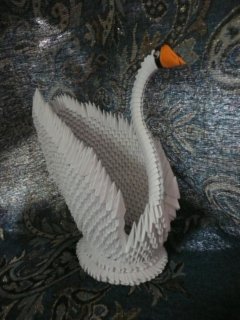 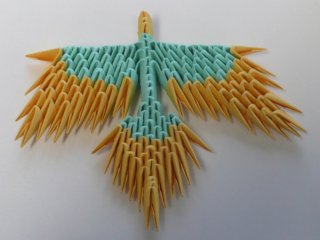 So these two pictures weren’t actually taken in Israel or Palestine; but they do represent a memory from my time there. My host made the swan and he gave it to me before I left. He only had a plastic bag to put it in, so I was very relieved that I was able to transport it all the way to Woodland in one piece!   I spent a good share of my last night in Eilaboun learning how to make the “paper legos” that make up the swan. Well, after I arrived home, I didn’t have the patience to make a swan myself; but I thought I would try a butterfly. I did not have a pattern, so it ended up deciding to be what, I think, looks like a thunderbird. I was going to make it into a refrigerator magnet as a gift to send to my host, but I never have figured out how to keep pieces from falling apart. 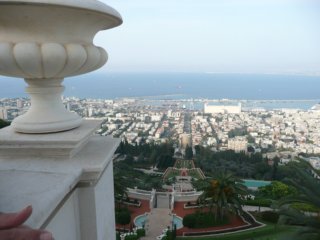 Breathe * In then out * Renewed * Floating above ~ CLD

This photo was taken overlooking the Bahai Gardens in Haifa. With the soft breeze coming off the sea, it was like a poem. We had just had gelato (mine a yummy chocolate concoction). The thing that stands out for me was the sense of peace – a weight being lifted. I guess had not understood fully, until then, the amount of pressure there is living under military occupation in the West Bank - until I was able to exhale. It is something you can understand rationally, but while there it begins to feel 'normal' - like boiling a frog. The “Incredible Lightness of Being” when that pressure lifted, was intoxicating.

These are the ruins of a synagogue in the destroyed village of Bir’am. Bir’ram is the village of Elias Chacour, author of Blood Brothers. I wrote about Bir’am in an earlier blog post. The village is an Israeli park and does not officially acknowledge the Palestinians that made it their home before 1948. The official signs and brochures only speak of a ‘Jewish character” and the synagogue. As I walked along the path, I passed a group of Jewish tourists (they were speaking Hebrew). I had the strongest urge to interrupt and inform them of the REAL history, but I don’t speak Hebrew. I think that if there ever is a 'next time', I won't let that stop me. It was pretty overwhelming – the denial of the reality of what happened there, the destroyed homes and the deafening absence of all the people that belonged there. I went into the synagogue, leaned against the wall and sobbed. A stark contrast to my evening in Haifa. 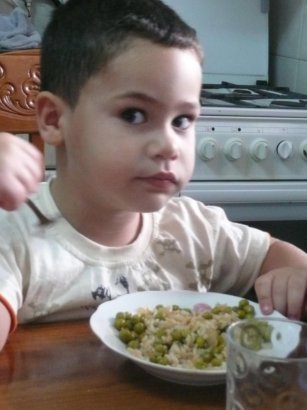 This adorable guy is the great-nephew of my host (I think – I got a little confused on all the family relationships). When we sat down to lunch, he wouldn’t eat any meat because his uncle (my host) doesn’t eat meat - it was obvious how much they adored each other. Although, the not eating meat thing was annoying his grandmother! So much innocence – so many possibilities – for him I have to have hope that he will grow into a world where wishes come true. I guess I hope that for me too!